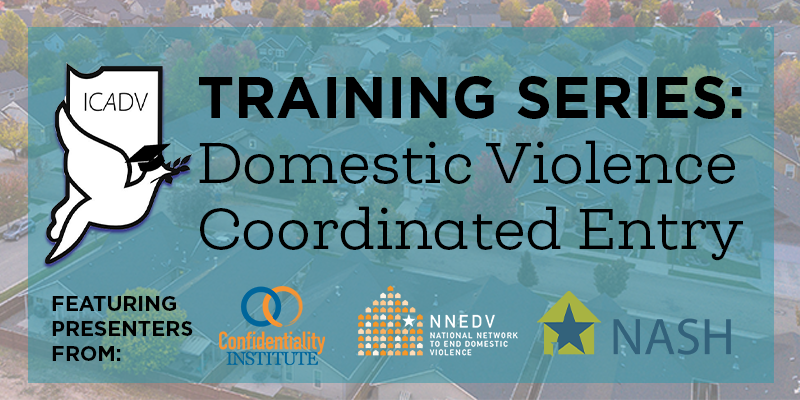 The webinar will provide an overview of federal and Indiana laws, focusing on discrimination, emergency transfers, documentation, and notice/rental agreements/lease requirements under federal and Indiana laws. The webinar is geared toward community-based advocates and direct service providers, and provides webinar participants with the opportunity to problem-solve real-life scenarios, working through solutions with peers and the expert presenters. Participants will leave the webinar with a basic understanding of the federal and Indiana housing protections afforded to survivors and give advocates the tools they need to help ensure the survivors they support have access to and can maintain safe housing.

Kerry Hyatt Bennett, J.D., has been the Chief Legal Counsel at the Indiana Coalition Against Domestic Violence (ICADV) since 2005, and an Adjunct Professor of Law at the Indiana University Robert H. McKinney School of Law in Indianapolis for a decade, specializing in state and federal domestic violence law. Ms. Bennett is a frequent speaker on the legal issues and challenges for survivors of violence in the justice system as a whole, and in society. She has been the recipient of numerous awards and recognitions including the Leadership in Law Award from the Indiana Lawyer, the “Woman of Influence” recognition by the Indianapolis Business Journal, the Access to Justice Award from the Muslim Alliance of Indiana, and the Antoinette Dakin Leach Award from the Women in Law Division of the Indianapolis Bar Association, which recognizes trailblazing women lawyers. Ms. Bennett also served as that organization’s president in 2013.

Larisa Kofman, J.D., NASH’s Director of Systems and Policy Initiatives, has been in the domestic violence and policy fields for approximately twenty years. Her legal and policy work spans the national, state and local level. She has worked on issues including: domestic violence, housing, employment, disability, civil rights, criminal justice, custody, child welfare, budget and appropriations. Having worked on numerous legislative efforts, Ms. Kofman has also used her expertise to address the implementation of housing protections on the local, state and national level. She served as the former Public Policy Director for DASH and in that capacity, she launched one of the first Domestic Violence and Housing Taskforces in the country, bringing together local and federal government agencies with non-profit organizations to address and alleviate systemic barriers impacting survivors of domestic violence in housing and shelter. Ms. Kofman holds a law degree from the University of Maryland School of Law, and a Master of Arts in Teaching from the University of Southern California.

Karlo Ng, J.D., is NASH’s Director of Legal Initiatives.  Karlo was previously with the National Housing Law Project, where she was the Supervising Attorney. She joined NHLP as the organization’s first David B. Bryson Fellow in 2011 and served as the lead editor and managing attorney of the 4th edition of NHLP’s seminal publication, HUD Housing Programs: Tenants’ Rights. Before joining NHLP, Karlo was the George N. Lindsay Fellow and an associate counsel at the Lawyers’ Committee for Civil Rights Under Law in Washington, D.C., and clerked for Magistrate Judge Adriana Arce-Flores at the U.S. District Court for the Southern District of Texas in Laredo. Karlo received her law degree from Northeastern University School of Law.